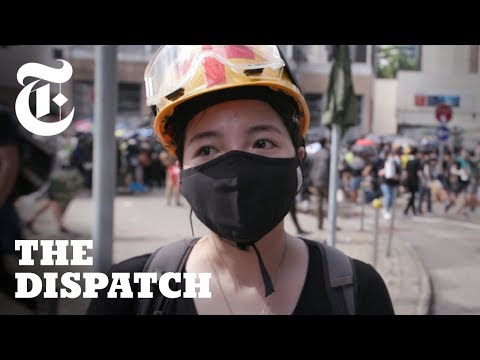 On this day 22 years ago, Hong Kong was returned to China from the British. But there was an agreement: Hong Kong would maintain a high degree of autonomy. Now, that autonomy is under threat. And people here are not happy about it. Protesters surrounded and stormed the government headquarters. The chaos raises a key question: Will violence ultimately come to define this movement against China’s growing influence? This is what we saw.

Protests happen here every year on July 1. But today is different. The street clashes began in the early morning. They followed weeks of protests against an extradition bill. People here fear it would allow China to take anyone accused of a crime back to the mainland and try them under its authoritarian system. The bill has become a symbol of what Hong Kongers see as a threat to their identity and way of life. Through the day, tensions built as protesters barricaded the streets. Across town, we found a different scene. Hundreds of thousands assembled for a March in 90-degree summer sun — Protesters: “Free Hong Kong! “Free Hong Kong! Democracy now! Democracy now!” As a symbolic act of defiance, they tear up records of musicians who appeared at a pro-police rally on June 30. This was not the first time Hong Kongers took to the streets to defend their freedoms against Chinese interference. But for many, the massive scale and simultaneous use of force has felt unprecedented. We asked the demonstrators how this shift was shaping the future of their city.

Some wouldn’t condemn the escalation in violence because they don’t want to condemn the movement. Others said it only hurts the movement. “If we are being violent then the government can just do everything to say that we are bad or stuff like that. And the international image will be ruined.” Towards the end of the day, crowds dispersed. But back at the government headquarters, the violent stand-off continued into the night. Protesters broke down the last gate to the Legislature and rushed the building. They painted graffiti on the wall — “Hong Kong is not China” — and read out their demands: Calling on officials to step down enact full democratic elections and free detained activists. Riot police approached firing tear gas. The protesters fled the scene, but their message was clear.

People here are determined to be heard at great cost. .